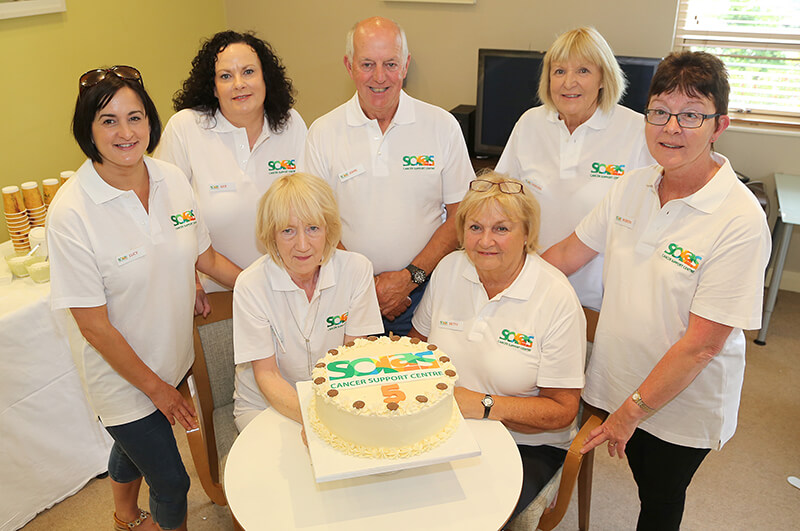 On Thursday 28th July 2016, at the newly renamed Solas Cancer Support Centre, the annual “Run & Walk for Life” event was officially launched by Mayor Cllr Adam Wyse. The formal launch was part of the Centre’s Open Day, which gave members of the public, clients, friends and business partners the opportunity to view, first hand, the excellent facilities available throughout the Centre.

Mayor Cllr Adam Wyse thanked the Solas Cancer Support Centre for inviting him to speak at the Open Day and he acknowledged the extremely important work being carried out by the Centre. He also wished the 2016 South East “Run & Walk for Life” the very best of luck in achieving the 2,500 participation target set for this year’s event. Going on to point out that without the huge fundraising efforts by the people of Waterford and the South East it would be impossible for the Centre to open its doors. He finished by asking everyone to become involved with the 2016 fundraising efforts and he looked forward to seeing the Dungarvan service in due course.

The Open Day was an ideal opportunity to launch the following:

Chair of the Solas Cancer Support Centre, Brain Creedon commented, “I would once again like to acknowledge the generosity and continued hard work of the many thousands of fundraisers who annually contribute to the work of the Centre. Without your support we, quite simply, could not open our doors. The fundraising activities, over the last number of years, have meant that we have been able to expand our opening hours here in Waterford and give much needed additional cancer support services. In addition, we realised that our services should reach out to the West of the County and I am delighted that on Monday 5th September we will do just that and open a service in Dungarvan.

This Dungarvan service will allow more people from the South East to access our support services and negate the need for people to travel from the west of the county to Waterford City. This is a significant expansion for us and we know that the Dungarvan Centre will be welcomed by everyone.”

Albert Burke, spoke movingly about his experience as a client of the Centre. He welcomed the expansion of services to Dungarvan and once again reinforced that without the many fundraising events the Solas Cancer Support Centre would not be the success story we read about today.

The 2016 South East “Run & Walk for Life” was launched by Michael Garland, “After last year’s amazing success story we are already looking forward to staging an incredible event on Sunday 9th October, when the streets and roads of Waterford City will once again be a sea of orange t-shirts. The “Run & Walk for Life” is one of the major fundraising events for Solas Cancer Support Centre and if we could see 2,500 people taking part then that would just be astonishing. The expansion of services is only possible with the generous support of the people across the South East and of course our event partners. Beat and Datapac have once again been very loyal and passionate in their continued support. We look forward to seeing new and returning faces on the streets of Waterford City on Sunday 9th October. Remember, there are no excuses as you can run 10-miles or walk 5-miles, there is a distance and pace for everyone!”

The Open Day was also celebrating the fifth anniversary of the Solas Cancer Support Centre opening its doors to welcome clients. In honour of this anniversary a special cake was cut by the team of Volunteers present on the day and shared with everyone who attended.

Brian Creedon thanked all the Solas colleagues for their hard work in planning the Open Day, looked forward to the opening of the Dungarvan service on 5th September and seeing thousands of eager participants on the start line on Sunday 9th October.

South East Run for Life supported by Beat and Datapac for the Solas Cancer Support Centre.