Waterford Harley Davidson and members of Celtic Thunder HOG (Harlie Owners Group) met with the team of the Solas Centre, South Eastern Cancer Foundation to officially launch the 2016 Boobs and Balls Road Trip event which takes place on Saturday 9th July.
This is the sixth year of the event for the Solas Centre. If you would like to participate in this event collection Cards can be obtained from Chris at Waterford Harley Davidson, Ozier Park, Poleberry, Waterford (051 844 200). There is a dedicated Facebook page (saveourbsnbs Roadtrip) and Twitter account (@boobsandballsco).
The SECF, Solas Centre are very appreciative of the support given by the organisers Lenny Burns, Michael Thompson and their team. 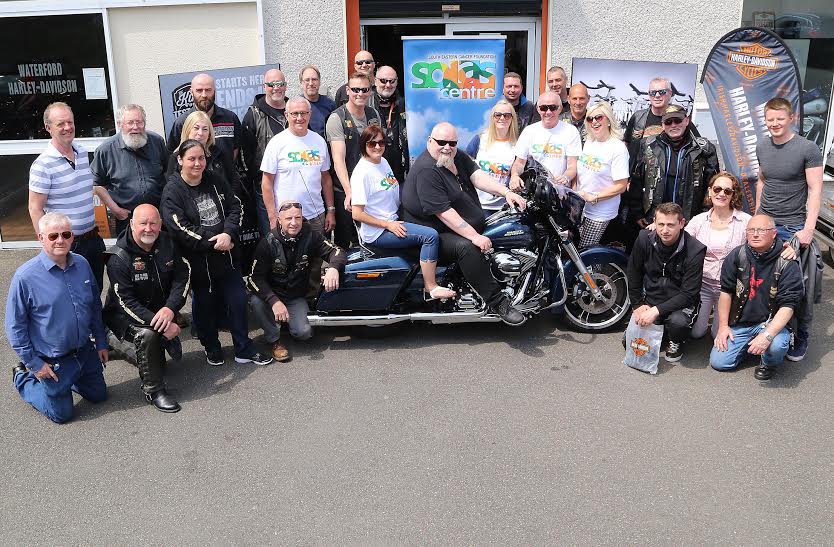